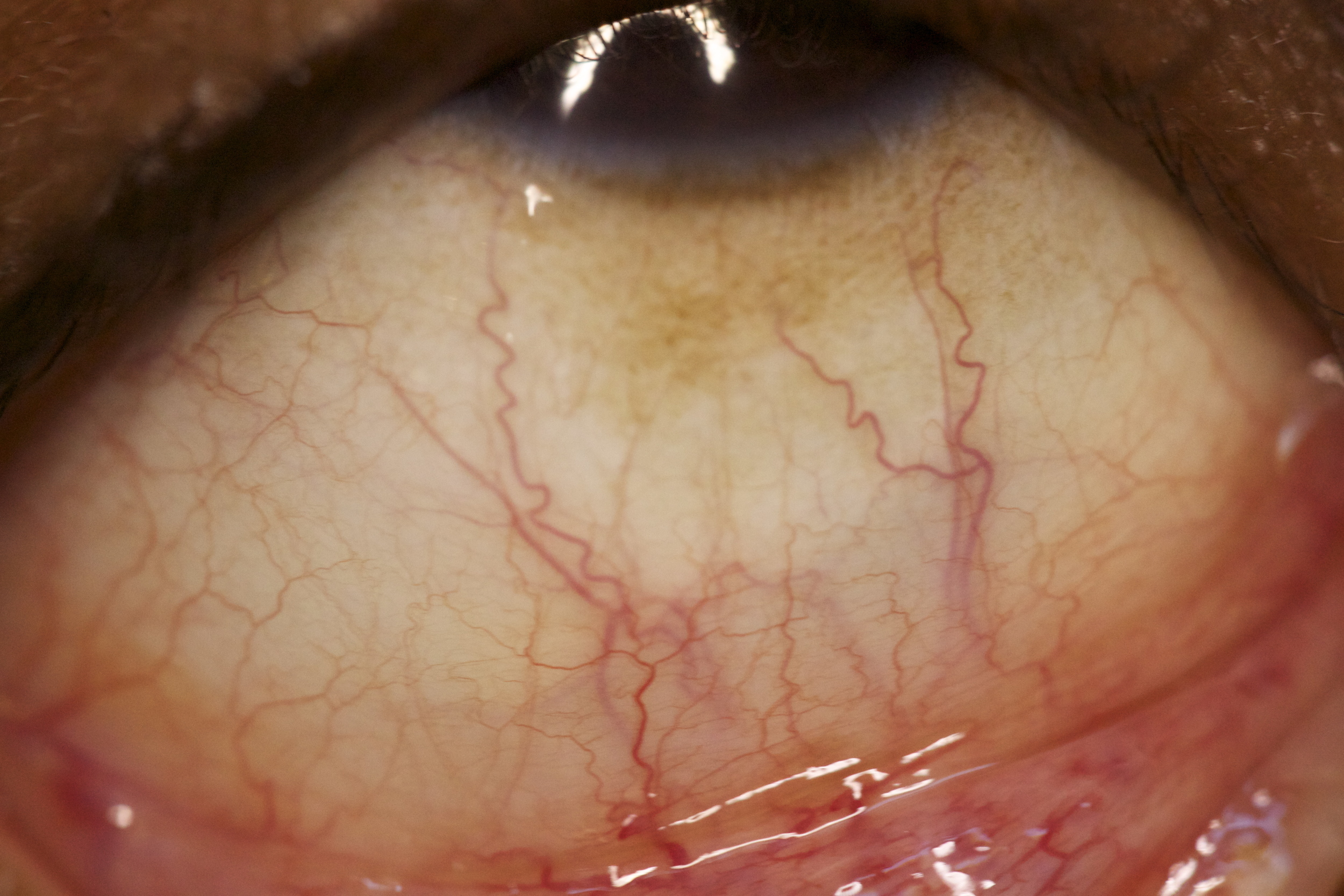 The above sclera shows two markings of concern in the right lower quadrant. As you look at the eye, the deep lines to the right are in the area of the prostate (this client is male – if they were female, it would be noted as the uterus). There is a meandered line partnered with a straight line, however, at the top of the meander there is an additional line (a stubby) that joins across to the straight line. This sign indicates that initial drug imbedment has now advanced to drug-induced tissue destruction.

It is accompanied by other chemical toxicity markings throughout both eyes, as well as another tissue damage marker – a perpendicular line. The perpendicular line presents at the bottom end of this D4, as a ‘half moon’ with a straight line joining the middle in a perpendicular fashion. This sign indicates trauma, either from cyst, tumour or other physical injury. As these signs are partnered in the same grouping of lines, this may be an early indication of a possible neoplasm in the prostate. Significant diet changes and herbal supplementation may be advantageous in addressing these markers.