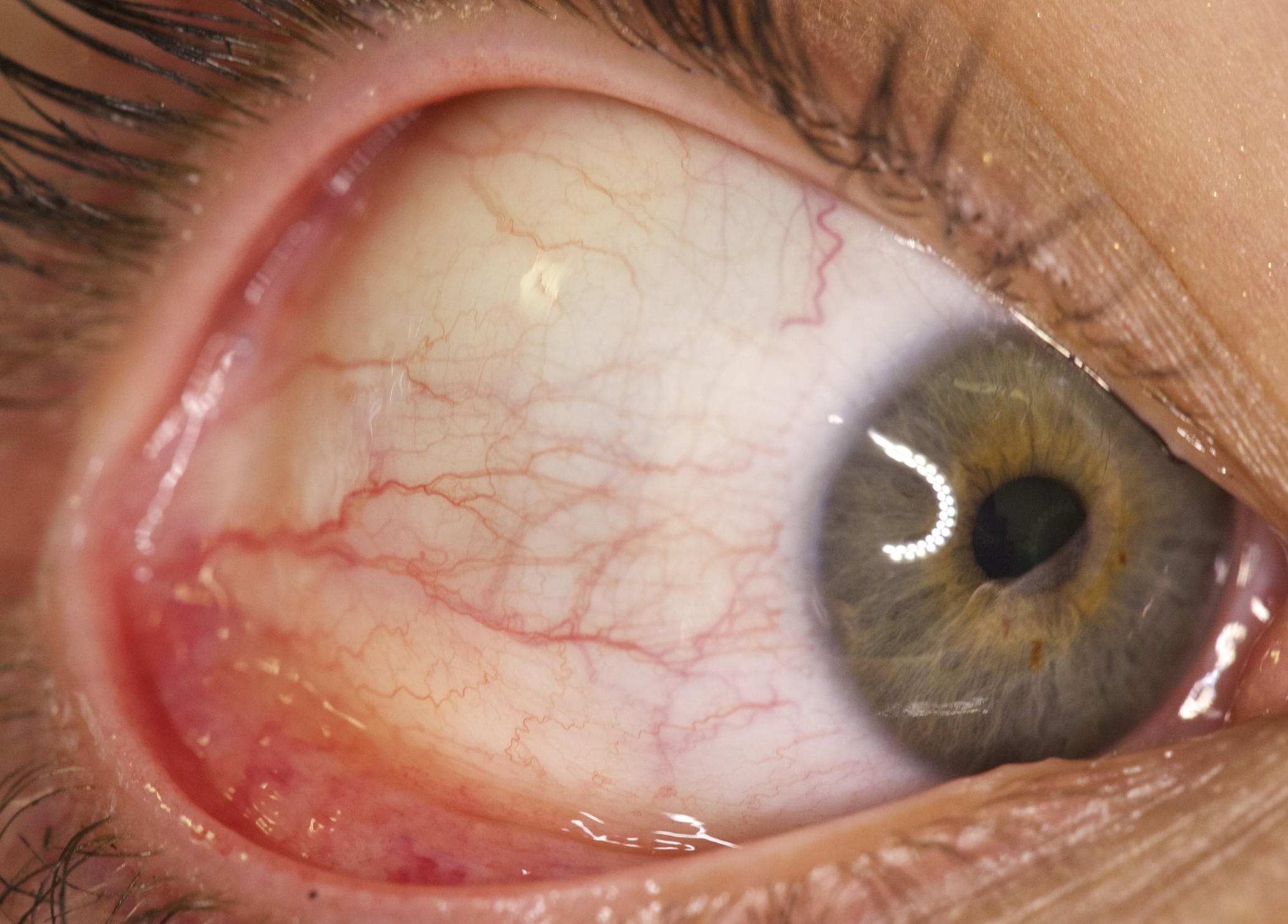 This sclera image shows, at this stage relatively faintly, boxing in the lymph/breast area. This marking presents as its name suggests, shaped like open-ended boxes. It represents local tissue hardening, and can suggest possible nodes or polyps. This sign can appear in any area of the sclera as topostabile (meaning directly relevant to the system or organ the marking is occurring in), representing hardening of tissue or organ caused by infection, trauma or injury.

As this sign is quite faint, it would appear to be in early manifestation stages and may not yet be presenting symptoms, or able to be identified by medical testing. More advanced stages of tissue hardening may involve neoplastic alteration, cell maturation failure and potentially diminished apoptosis. Upon questioning, the above client advised of a family history of both breast cancer and lymphoma, so this sign is of more significance and certainly something to monitor closely. Referral for medical testing and advice was suggested in this circumstance. As with most sclera markings, when diet and lifestyle changes have been applied, and with ongoing organ or system detoxing and support, these lines should become less acidic/inactive as healing allows them to fade.