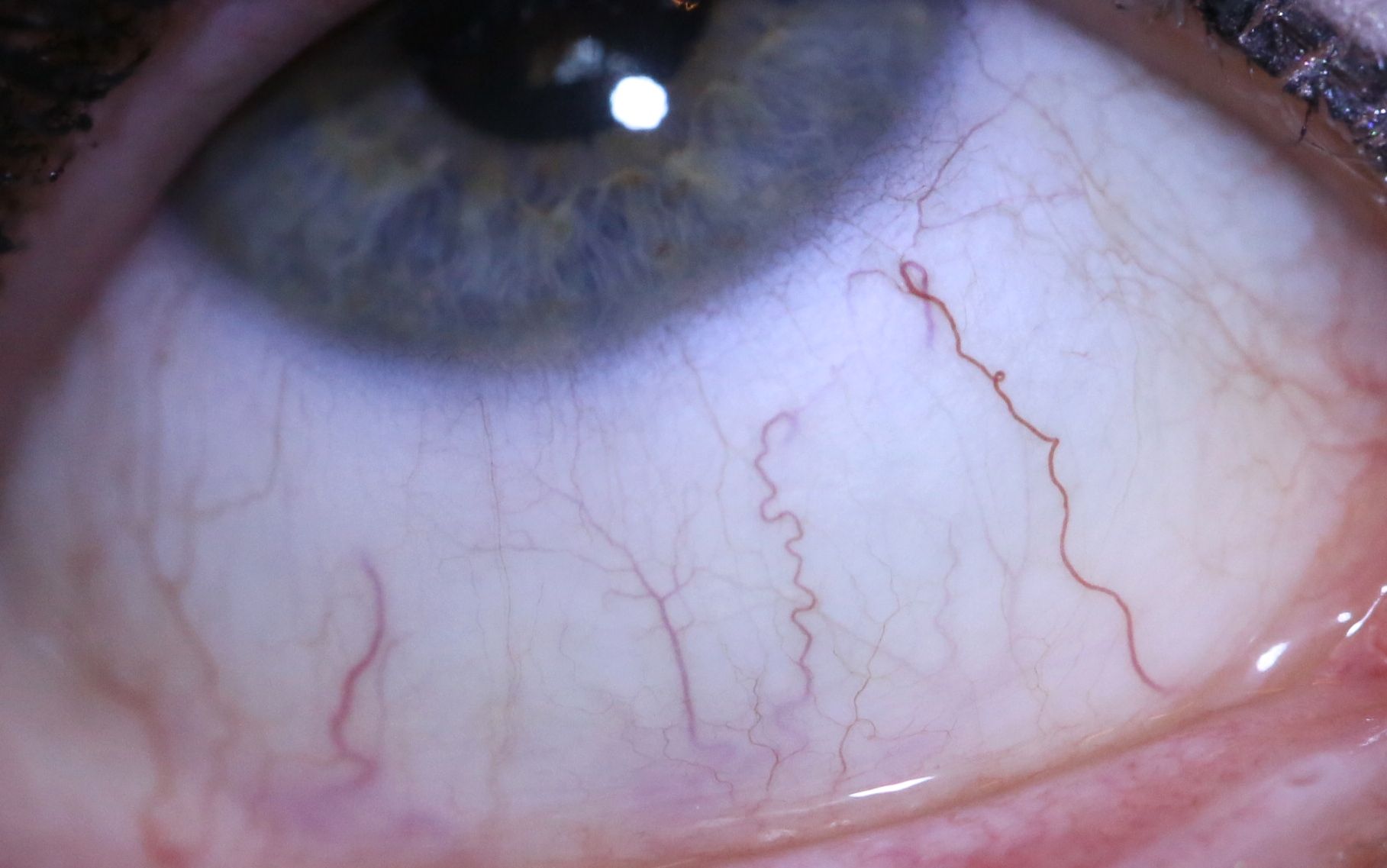 There are many different sclera markings to indicate parasitic presence within the body, ranging from generalised systemic parasite presence to specific worms and parasites. The somatid parasite is distinguished by a specific marking, resembling a literary bracket – seen to the right of this sclera image, and located in the area of the uterus/bladder.

The somatid is the smallest organism known to man, is pleomorphic (meaning it can morph into many forms), and is influenced by its surrounding environment (toxicity and acidic tissue conditions). Somatids have three life stages in the microcycle; 1. somatid, 2. spore, and 3. double spore, in which they can live symbiotically with their host, as well as performing essential functions in the role of cell division.

In the macrocycle there are 16 stages, where the final cycle of the somatid sees it morph into forms of bacteria, fungi or yeast, causing systemic infestation with negative health implications such as free radical damage and oxidisation.

It is important to do regular (my recommendation is annually) parasite cleansing, as well as eating a well balanced, nutritious diet made up of wholefoods, and avoiding chemicals and toxins where possible. And, as with everything, your emotional state of mind and external stressors can play a huge role in the physical health of your body, and will almost always contribute to negative health circumstances over time.