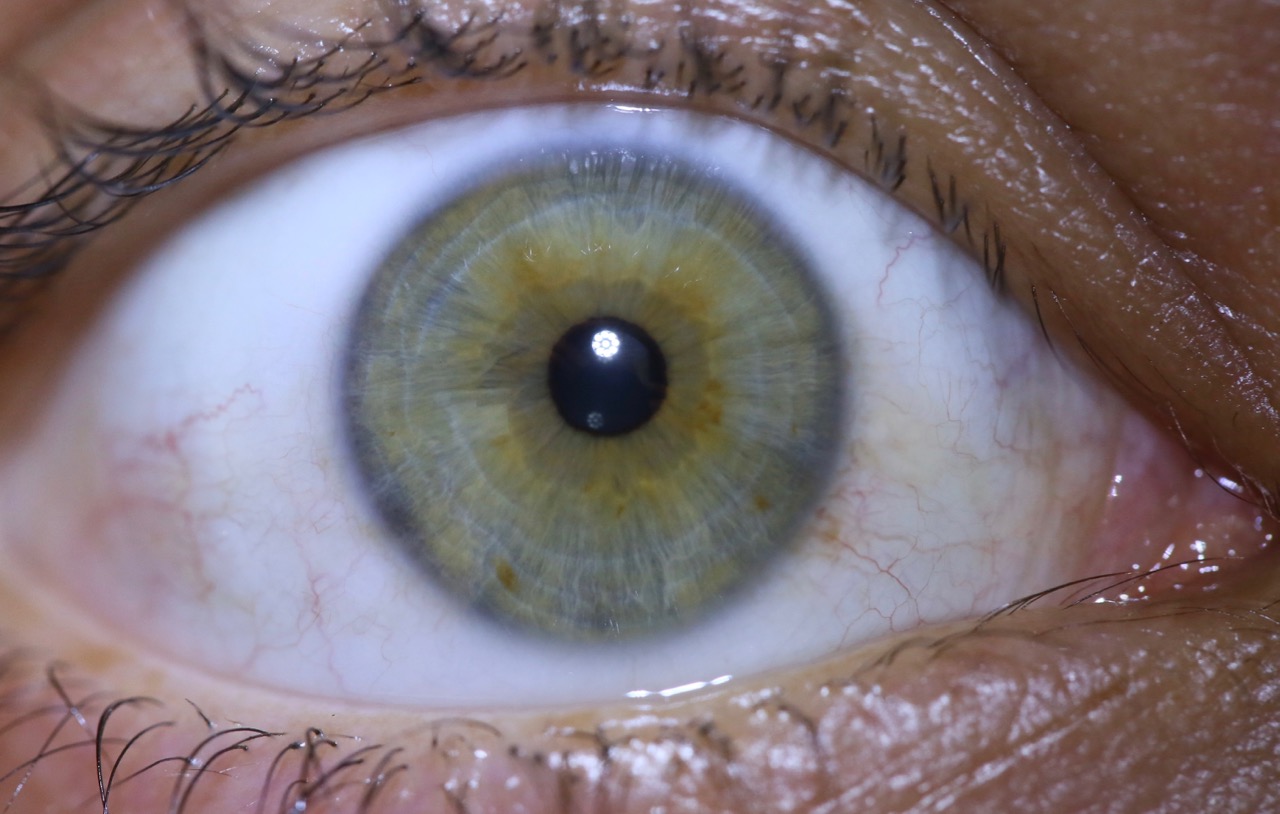 This was the first follow-up appointment for a new client I saw for the first time just 5 months prior. The first two images below were taken in early December 2015, with the second two images taken in May 2016. There is a lot to note from just these images alone, and is easy to see by even an untrained eye that there has been a dramatic change and improvement.

Firstly, the initial images show significant adrenal fatigue due to the enlarged pupils – which are now at a normal size. Secondly, the iris colour has improved from more of a murky green to a clearer blue. The third significant change is with the lunula, which is the blue hue running around the iris. A lunula indicates oxygen deficiency within the body, so there has been quite a strong improvement in oxygen levels noted in this area also. This client has focused a lot of energy into detoxification, cleansing, and has made many changes to her lifestyle behaviours. Additional to the iris improvements, the sclera’s also look much clearer, whiter and brighter.

If this interests you, get in touch today to arrange a Sclerology consultation for yourself and get back to feeling great again!