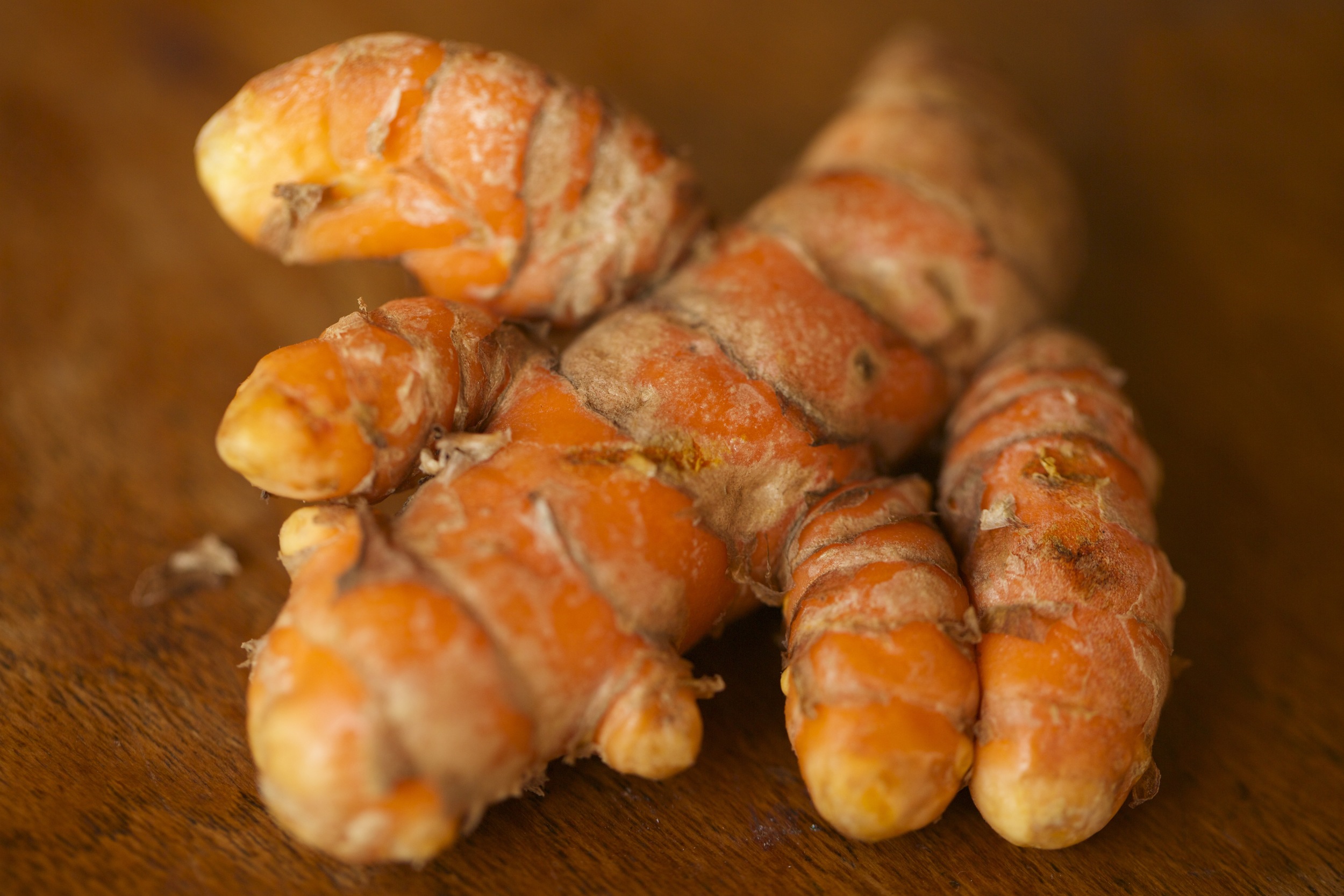 Turmeric is known for its bright orange colour, and a commonly used spice in Indian cuisine. Turmeric has some pretty incredible health benefits and is used in many traditional medicinal modalities, such as Ayurveda, for its powerful anti-inflammatory properties. Turmeric is a root vegetable, related to the ginger and galangal family.

Curcumin is the main active ingredient in turmeric, along with manganese, iron, vitamin B6, copper and potassium. Due to the curcumins anti-inflammatory properties, turmeric is beneficial in easing inflammatory pain caused by arthritis, and other autoimmune diseases. It is a powerful antioxidant that helps to promote heart, brain and immune health, while slowing down the aging process. It has shown to be an effective scavenger of damaging free radicals, the most reactive oxidant, hydroxyl radical, in particular. Turmeric has long been used as a remedy for digestion, easing pain and discomfort caused by digestive disorders, and has been successfully used to heal inflammatory bowel disease. It also helps to slow down and reverse the symptoms of Alzheimer’s disease in improving cognitive function.

There are studies suggesting its use in treating Cystic Fibrosis, and when mixed with the phenethyl isothiocyanate present in cauliflower & cabbage, may be used as an effective treatment and prevention of prostate cancer. Turmeric can also be used to reduce cholesterol, for liver support and healing, improve skin conditions such as eczema and psoriasis, and may help to prevent bowel cancer.

One of the easiest and most effective ways of gaining the most benefits from the curcumin in turmeric is to mix it with fat. For example; the Indian’s use turmeric extensively in their cooking, especially in curries, and will always add the turmeric (along with other spices) to Ghee. The reason for this is simple, when digested the fat encases the curcumin and helps it to bypass the stomach it helps it to escape destruction from stomach acids, and aids its transportation directly to the small intestine for maximum absorption.

There are many ways to introduce turmeric into your diet – add it to your cooking (ie. curries), fresh or powdered, add a small piece of fresh turmeric root to your juice (goes well with beetroot, carrot, ginger, apple & parsley), or you could make a turmeric paste. You can also find curcumin capsules at most health food stores.

To make a turmeric paste:
– Add roughly 4 tablespoons of freshly ground turmeric (you can use powder if you do not have access to fresh root) to 1/2 cup of simmering water for a few minutes on a moderate heat (not boiling). Keep stirring until it forms a thick paste.

Once cooled, you can add a tablespoon of the turmeric paste to warm milk (I use almond) and stir until dissolved. You may also like to add in some cinnamon, and if you prefer it a little sweeter add some honey, rapadura or rice malt syrup.

Store the paste in a glass jar in the fridge for up to 2 weeks.