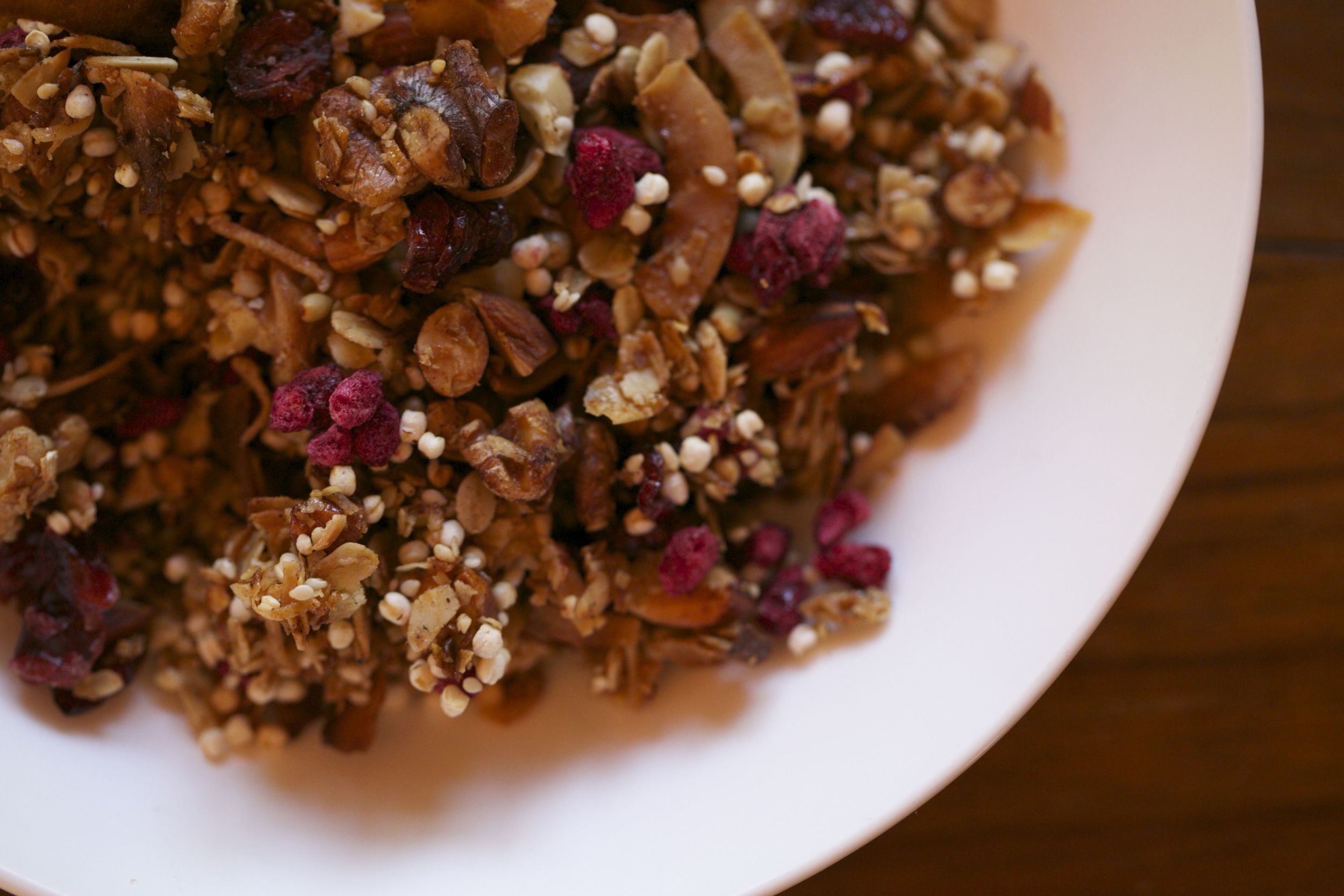 Granola is one of my favourite breakfast choices – super easy to make, prepare, and delicious to eat! The recipe is really versatile, I usually use whatever nuts, seeds and extras I have in the pantry at the time! For this recipe, I have added organic dried cranberries and some freeze-dried pomegranate seeds I found at my local health food store. If you prefers dried currants, sultanas, apricots or dates, just swap them out for what I have used – easy! Also, if you prefer a gluten free option, just remove the oats from the recipe. You may like to substitute these with quinoa flakes instead.

Method:
1. Preheat oven to 160 degrees C. Roughly chop almonds and walnuts and add to a large bowl with the seeds, quinoa and oats. Mix together with the cinnamon and vanilla powders
2. Add in the the oil and rice malt syrup and mix until well combined
3. Spread mixture evenly across a large baking tray and place in oven for about 15 minutes
4. Remove tray, give the mixture a stir through and place back into over for another 10 minutes or so, ensuring the mixture doe not burn
5. Remove tray from oven and let cool. Store in an airtight glass jar or container

Chocolatey alternative – reserve some of the mixture before spreading on to the oven tray. Place the mixture in a separate bowl and sprinkle in a couple of tablespoons of raw cacao powder with an extra drizzle of male syrup and mix well. Add this to a separate oven tray, or to the end of the same tray with the original mixture and place in oven for same cooking time as above! This is so delicious on some fresh, homemade pureed frozen mango, on top of an Acai bowl, or just as a snack on its own!